“For the gate of the court there shall be a screen twenty cubits long, woven of blue, purple, and scarlet thread, and fine woven linen, made by a weaver.  It shall have four pillars and four sockets.  All the pillars around the court shall have bands of silver; their hooks shall be of silver and their sockets of bronze, Exodus 27:13-17.

The screen for the gate of the court was woven of blue, purple, and scarlet thread, and of fine woven linen.  The length was twenty cubits, and the height along its width was five cubits, corresponding to the hangings of the court.  And there were four pillars with their sockets of bronze; their hooks were of silver, and the overlay of their capitals and their bands was silver, Exodus 38:14-15, 18-19.

Our Israelite has approached the tabernacle grounds, but the linen fence is in his way.  He has to go around to the east side, to the gate, to the entrance.

Though we’re not given a detailed description of the gate, I believe it was beautiful.  It was thirty feet long, of fine white linen embroidered with blue and purple and scarlet thread.  I don’t know that I’ve ever really thought about it before, and we’re not given a lot of information, but I don’t believe the embroidery was mere outline figures.  I believe the gate was a rich tapestry, as befitting its role as the way into the presence of God.

We are given some instructions about the curtains which make up the tabernacle itself.  In Exodus 26:1, God instructed Moses,

“Moreover you shall make the tabernacle with ten curtains of fine woven linen and blue, purple, and scarlet thread; with artistic designs of cherubim you shall weave them.”

Exodus 26:21, “You shall make a veil woven of blue, purple, and scarlet thread, and fine white linen.  It shall be woven with an artistic design of cherubim.”

Perhaps the same motif was used on the entrance screen.  Cherubim are associated with the presence of God, who in several places in Scripture is said to dwell between the cherubim, 2 Samuel 6:2; 2 Kings 19:15; 1 Chronicles 13:6; Psalm 80:1; Psalm 99:1; Isaiah 37:16.  These extensive references show how ingrained the idea was of the presence of God with these creatures.

The first reference to cherubim is found in Genesis 3:24, where God placed cherubim at the east end of the garden of Eden, and a flaming sword which turned every way, to guard the way to the tree of life.

Here they are associated with God’s judgment against Adam and Eve.  Some have thought that the cherubim were there to keep the way open, but it seems to me that they were there to make sure the way to the tree of life was closed, v, 22, and, therefore, no longer accessible.  This prevented the guilty couple from eating of the tree and confirming themselves in their fallen and lost state forever.  It was perhaps as much an act of mercy as it was an act of judgment.

As a foreshadowing of the Lord Jesus, what does the gate tell us?

There were four elements which made up the gate:  the white linen itself and the three colors of thread used to decorate it.

The linen was the foundation for the whole thing.  We’ve already seen that white linen is a symbol of righteousness, Revelation 19:8.  The linen speaks to the fact that Christ is holy, harmless, undefiled, separate from sinners, Hebrews 7:26.  He is without blemish, a strict requirement, mentioned numerous times in Leviticus, for the animal sacrifices which prefigured His sacrifice.

The color always mentioned first is blue.  Blue is the color of the sky, and speaks to our Lord’s heavenly and divine origin. In the beginning was the Word, and the Word was with God, and the Word was God, John 1:1.  According to 1 Corinthians 15:47, He is the Lord from heaven. Before His birth, the angel announced to His mother, Mary, “The Holy Spirit will come upon you, and the power of the Highest shall overshadow you; therefore, also, that Holy One who is to be born will be called the Son of God,”  Luke 1:36.  “Son” by nature and character, not just by relationship.

The next color, for we take it out of order, is scarlet, or red.  Red speaks of the earth.  The soil in Israel is red, or so I’ve read.  I’ve not had the privilege of visiting there.  This represents the true humanity of our Lord.  That which was born of the virgin Mary was human, truly human, fully human – apart from sin.  Sin has nothing to do with being human, though now, because of Adam and Eve, it is a sad part of us.

Our Lord as God was in the beginning with God from eternity, but at a point in time, determined by the Father, the fulness of time, Galatians 4:4, He became flesh, John 1:14.  Notice the distinction:  He was God; He became flesh.  Nowhere does Scripture ever say that He became God, as some cults will try to tell you.

The last color is purple.  Purple is a result of combining blue and red, and speaks to the dual nature of our Lord.  He is truly God, but He is also and just as much truly Man.  He is the God-Man! Theologians, skeptics and cultists may discuss and dispute and argue about this, but the Scripture is clear.  He is God.  He is man.

Purple is also the color of royalty.  He is King of Kings and Lord of Lords.  There is much discussion about what this means.  One day, there will be no doubt.

One final thought.  Red is also the color of blood.  This speaks to the sacrifice of the Lord Jesus Christ.  Without His death, His birth has no meaning, no reason.  He came to die.  At the beginning of His ministry, He was called the Lamb of God, John 1:29, 36.  Easter is just a few days away.  We celebrate His resurrection.  But His resurrection says that He died first.

He died in order that folks like us might live.  The perfect Man died for imperfect sinners.  Paul put it like this in 2 Corinthians 5:21, For He made Him who knew no sin to be sin for us, that we might become the righteousness of God in Him.

He became what He was not, in order that we might be made what we are not.

There is one final thought.  Twice in His instructions, God referred to the linen in the gate as made by a weaver.  Since we’ve been looking at these things for spiritual instruction, what does this mean?

Our Lord was God incarnate, God-in-the-flesh.  As such, as we’ve seen above, He was holy, harmless, undefiled….  He lived a perfect, sinless life for about 33 years.  He kept every precept of the Law and never once failed in word, thought or deed.  By doing this, as someone has put it, He obtained a righteousness that He didn’t need; He was already righteous.  It was a “made” righteousness, as it were, and became available for others.  The Lord never needed it; we certainly do.  Those who come to Him by faith and receive Him as Savior become the righteousness of God in Him. People look to the “merits” of the saints in order to get them into Heaven.  My friend, all such hope is false; there’s only ever been One who had any “merit” to begin with, let alone have any “left over” for others. 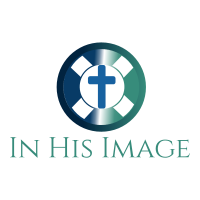 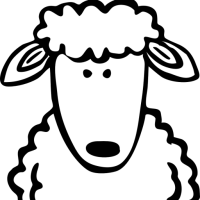 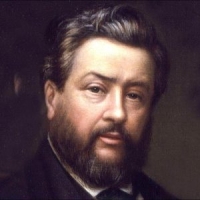 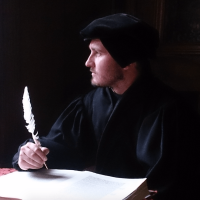 And I applied my heart to seek and to search out by wisdom all that is done under heaven. Ecclesiastes 1:13

Keeping Christ in His Creation

Christiana on the narrow way
thejoyjourney

"All of creation will be shaken and removed, so that only unshakable things will remain." (Hebrews 12:27)

The Word With Wendy